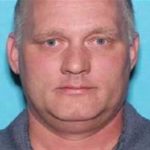 The 46-year-old surrendered to police following the mass shooting at the Tree of Life building in the Jewish neighbourhood of Squirrel Hill.

US authorities made clear they believed the attack was motivated by religious hatred. Bowers is known to have held virulently antisemitic views.

It is possible that additional charges may be forthcoming.