Trump Blunders His Way Into the Kashmir Crisis 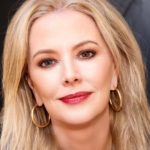 While Americans parse conspiracy theories about billionaire pedophile Jeffrey Epstein’s demise in a Manhattan jail cell, Trump’s sinister role in helping light a fuse in one of the most dangerous areas of the world has gone virtually unnoticed – by the U.S. that is.

India’s abrupt takeover on Aug. 5 of the Muslim-majority Kashmir state was a double whammy for the seven million inhabitants of this once-storied Himalayan kingdom nominally ruled by India and bordered by arch-enemy Pakistan as well as China, both of which claim territory in the region. All three countries have nuclear weapons.

Often referred to as “India’s Switzerland” for its striking mountains, lakes and valleys, Kashmir inspired the fabled Shangri-La in the 1933 novel, “Lost Horizon.”

On Aug. 5, in a shocking and surprise move, India’s military abruptly locked Kashmir down like a prison and shut it off from the outside world.

But Kashmir has also been called a “high altitude graveyard” and a “nuclear flashpoint.” The complicated conflict, awash in propaganda from all sides, has its roots in the 1947 partition of India into Pakistan. It’s involved battles over crucial water rights as much as ethnic strife.

It didn’t need Donald Trump opportunistically butting in to use India in his effort to shut down China’s growing influence in the region.

Indian Prime Minister Narendra Modi abruptly cut Kashmiris off from the outside world by revoking their special status and making them vulnerable to India’s Hindu majority. 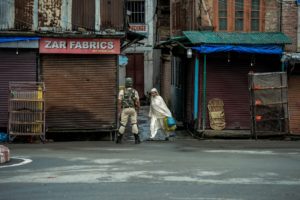 The Indian government has imposed severe restrictions on journalists seeking to cover the military takeover of the state of Jammu and Kashmir, home to 7 million mostly Muslims. Sovereignty over the region high in the Himilayas has been disputed between India and Pakistan since their partition in 1947.

The New York Times published some of the first photos to emerge from the troubled area. They were taken by Indian photographers who managed to work around the communication blockade and the miles of razor wire to take and publish their images.

Modi may also be doing Trump a favor, though he won’t admit it publicly, nor will Trump. By jettisoning Article 370, the quasi-autonomous agreement Kashmir had with India since 1949, some say Modi is challenging China’s claim to some Kashmiri lands and thus acting as the U.S. proxy in the President’s ongoing trade war with China.

How did this happen? Late last month, during a visit with Pakistani Prime Minister Imran Khan at the White House, Khan asked Trump to help mediate his country’s long, bloody dispute with India over Kashmir.

Trump claimed Indian Prime Minister Narendra Modi had made a similar request and made a seemingly casual offer to arbitrate. Modi angrily denied that he had ever asked Trump for help on the issue. 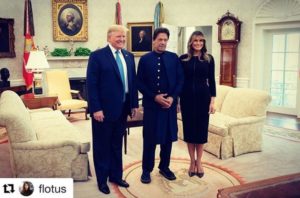 On Aug. 5, in a shocking and surprise move, India’s military abruptly locked Kashmir down like a prison and shut it off from the outside world.

“The entire city has been knitted in razor wire to seek our silence and obedience,” resident Zameer Ahmed told The Associated Press last week as he prepared to enter one barbed passageway in Srinigar, the capital of what is officially called the state of Jammu and Kashmir. “This is so vast, so expansive.”

More than 40,000 troops dispatched by Modi, an Indian strongman sometimes called the Trump of India for his overweening nationalism, cut off all communication including the Internet and television, closed down stores and schools, arrested hundreds of Kashmiri leaders and instituted a near-constant curfew.

“Modi would not have acted so abruptly had it not been for what Trump said,” Kashmiri native and political activist Shah Faesal told DCReport in a phone interview from New Delhi.

“It’s a desperate act from India to convince America of its power. There’s a new game now. India and the U.S are on one side and Pakistan and China are on the other. Trump wants to contain China so he’s using India to fight China.It’s very dangerous for a region with a very long history that Trump knows nothing about.”

Susan Thornton, the former acting assistant secretary of state for East Asian and Pacific Affairs, America’s chief diplomat for Asia, told The New York Times that Trump’s actions were a “precipitating factor” in Modi’s decision to annex Kashmir. In order to save face, she said, Modi had to abruptly rush in

“Attempt is to change the demography of Kashmir through ethnic cleansing,” Khan wrote. “Question is: Will the world watch & appease as they did Hitler at Munich?”

Pakistan, with China’s help, said it will fight India’s actions in Kashmir with the UN security council and may appeal to the UN human rights commission over what it has described as the “genocide” of the Kashmiri people.

Article 370 prevented Indian citizens from outside the region from permanently settling, buying land or holding local government jobs in the Muslim-majority region.

As soon as the agreement was abrogated, Indian citizens began tweeting online about their plans to go buy land in Kashmir and find Kashmir women.

In a Trump-like move, Modi was seen talking about his “positivity” and love of nature in an episode of Bear Grylls’ popular TV show “Man vs. Wild” last week while Kashmir endured its ninth day in lockdown with food supplies in danger of running low.

On Aug. 17, India relaxed some restrictions on Kashmir, including re-opening phone lines. The action came after a dangerous exchange of gun and mortar fire between Indian and Pakistani forces on Saturday at the Line of Control that divides Kashmir from Pakistan.

A U.S.-based Kashmiri activist said that even though the region’s problems date back to the toxic legacy of British rule, Trump has been key to “emboldening” Modi’s power grab. In October 2016 at an Indian-American rally in Edison, N.J., Trump was fulsome in his praise of Modi’s India.

The activist spoke on condition of anonymity, saying Kashmir is a “rabbit hole” of people and politicians with a confusing array of agendas that are “vindictive” toward their enemies.

“All I can tell you is that Trump emboldened Modi even before he (Trump) was elected and you’re seeing some of the collateral damage now.”

Indeed, what looked like a blunder at first glance may have been a clumsy, shortsighted end run around Pakistan to get India to do some of Trump’s dirty work against China.

On Aug. 12, Pakistan’s ambassador to the U.S. pleaded in the pages of the Washington Post for Trump to make good on his offer of “immense goodwill” to help mediate in the conflict.

Too late. On Aug. 13, with the deed done in Kashmir, India’s envoy to the U.S. said the offer was “not on the table anymore.”

The post Trump Blunders His Way Into the Kashmir Crisis appeared first on DCReport.org.